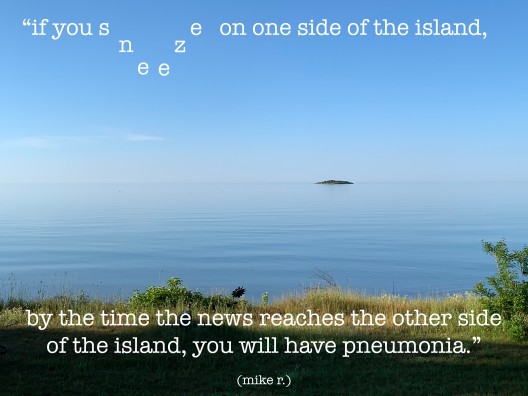 columbus tells stories of growing up in a little town in iowa.  he delights in the stories of everyone-knowing-everyone and everyone’sbusiness being everyone’sbusiness.  whether thebusiness is true or not.  pssssst.  now living in a suburb of denver, he still yearns for monticello, iowa and his littletown.  he has not recollected stories of thetelephonegame type silliness to us, but i am certain they exist.

this island…well, wow.  mike said to us, “if you sneeze on one side of the island, by the time the news reaches the other side you will have pneumonia.” this is ridiculously true.  even if you didn’t sneeze. 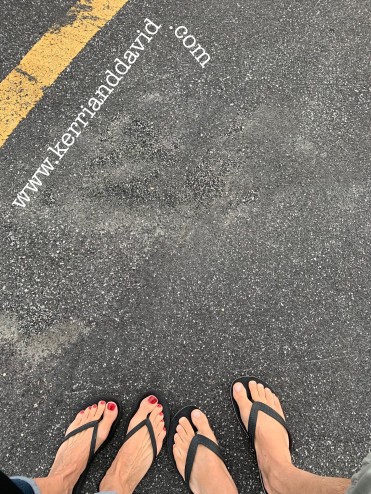