19 years ago today it was snowing. this morning i look out the sunroom window at golden leaves on the ground, a grey sky, rain falling. not as stunning as snow falling, but still part of the plan…a season of preparation, of going fallow in the overcast to come back stronger in the sun…

19 years ago today it was frenetic…the official release of my first original album with a big concert to celebrate it. family and friends had flown or driven in to be here and i was balancing my time between kirsten (who was 5), craig (who was 2), practicing and visiting and getting all the details in place…

19 years ago today ‘released from the heart’ entered the world…funny how you can be nervous and sure at the same time. this heart-project – so raw-ly (is that a word?) me…scary to put ‘out there’ and yet i was so ready.

19 years ago today i played the piece ‘galena’ on stage to start the release concert..originally written, spur of the moment, in galena, illinois where three of my friends and i were mini-vacationing. we had some amazing mystical moments during that trip, things you simply can’t explain. you know what i mean; those things that are happenstance, but aren’t happenstance. we sat around a table at a bistro, enjoying wine, laughing, talking, listening to a piano player who was accompanying various servers as they sang broadway tunes. my friends, carol, jo, patti, volunteered me to play the piano. i wasn’t about to duplicate the broadway theme, so i noodled around and wrote a piece on the spot (later to be called ‘galena’.) a family dining there insisted on buying the recording of this piece, which didn’t exist. one of the members of the family persisted and tracked me down in wisconsin, asking me to please record this piece that had meant so much to their celebration that evening. motivation. an impetus. it pushed my buttons and i started exploring the options.

that’s where the most amazing producer comes into the picture. our first recording encounter, which was also our first meeting, was not without challenge. my playing was measured, unemotional. ken’s suggestion was to get someone else to play the music i had written. i’ll never forget that. i was appalled. so we re-entered the project, building a remote studio in one of the concert venues at northwestern university. the day we started our recording there was blistering hot and the air conditioner units on the roof began to leak into the auditorium. we laid comforters on the chairs and could still hear the persistent drip, drip, drip. so we waited. two more dates there and at least twenty-six hours of playing and re-playing and re-playing and we had completed the fifteen pieces on the album. a zillion details remained: editing, mastering, graphic design, getting a UPC, cd (and cassette) replication choices, copyrighting my music, seeking distribution channels……

thank you to all of you who, 19 years ago, were a part of this beginning for me. and thank you to all of you who have been on the journey with me along the way. your prodding, your enthusiasm, your quiet help, your encouragement, your making-me-think, your life wake-ups have all been exactly what i needed. granted, i, like anyone, would have loved an easier journey, but then it wouldn’t have been this very journey. and so i trust the design of it all and try to learn each of the lessons.

and so 19 years ago today i released that first of what is now 15 albums and a few singles. and today? today i sat and listened to every track of ‘released from the heart.’ i am on the way to recording a new album…a new vocal album. it’s been 12 years since ‘as sure as the sun’ was released and it’s time. here’s the thing, though. as i think about this new album, as i come out of a long fallow, i wonder. i’m not 36 anymore. i’m 55 and by the time this album is done i will be 56. and i want to be relevant.

so today, 19 years later, i’ve decided to share the stories, the ones behind the pieces i composed. in concert it is natural for me to do that; people have asked me if i would record albums with the stories as well. i personally can’t imagine listening to me speak every time i heard the music – you know that thing about hearing your own speaking voice on tape – seems blahblahblahblah-ish. but i will write the stories…and, in this new day, share them in a new way. and in the writing-back and writing-forward, i’m hoping for clear relevance. the other night john the drummer said, “it’s not your job to determine relevance. it’s your job to put your work out there.” as i listen to this album and watch my little candle flicker next to me, i’m beginning to suspect that relevance is already there. for each of us. 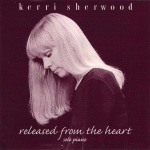 go to iTunes for the album RELEASED FROM THE HEART