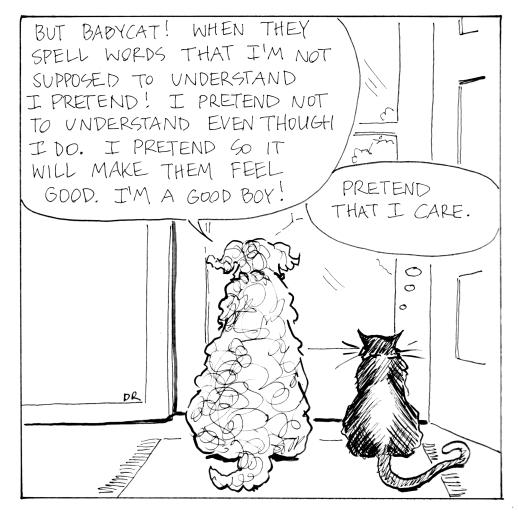 “E-N-O-B,” we spell aloud when we are thinking about giving dogga a new b-o-n-e but don’t want him to know it, because he has learned what a “B-O-N-E” is.  the vocabulary of these sweet pets is astounding, considering, well, everything.

i remember spelling words around my children when they were little.  they were fast to learn, so this trick didn’t last too long.  we were careful to not ‘cuss’ around them or say things that were foul.  we knew they were little sponges; we didn’t want them mimicking that kind of disrespect.  the time beth reported to me that The Boy, a toddler, said a swear word, i was mortified.  it was both funny in a he’s-a-toddler-and-has-no-idea kind of way and stunning that he had picked up a word somewhere we had been so careful not to use.

so when i drive down the street and see bumper stickers that say “f**k you” or “trigger happy” or flags flying in someone’s yard stating “no more bulls**t”, it confounds me.  “small children can READ,” i think, while picturing My Girl or My Boy sounding these out from their booster seats.

i wonder what these people are thinking.  did they think at all?  did they hesitate for even an instant when they hoisted up the flag or peeled the backing off the vinyl?  did they think about their children, other people’s children, their parents, their grandparents?  did it occur to them that, although we are all entitled to our opinion, we also have a responsibility to decency in community?  what carseat ride taught them this lack of couth, lack of regard of respectfulness.

and then i wonder, if i stopped and spoke to the person in the driveway with the crudely-stickered-vehicle or along the sidewalk of the flag-flying-house, if i maybe asked “why?”, would that person apathetically stare at me and sneer, “pretend that i care!” 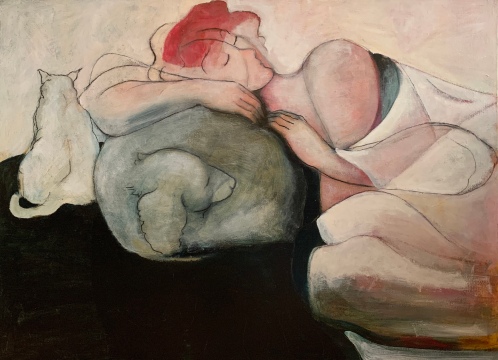 click here or on the image above to view this painting 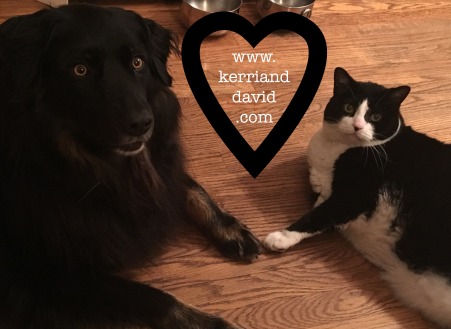