when a business is transparent, it is not afraid to put it out there. it’s not afraid of feedback – good or bad. it only wants to be the best it can be, its actions to be the most positive. this automotive shop was up-front, honest and did the best they could in a short period of time with circumstances for which they clearly had heart. davis automotive in hays gets our recommendation and – if you find yourself in need of car repair in the middle of kansas – we suggest you go there. they stepped up and helped when we really needed it. and the sign above their door was sincere.

it is important for a business or organization, its mission statement and its actions, treatment of customers, employees and its community to be in alignment. i’m thinking that’s why people go to the trouble of writing such declarations. to have intention and to courageously be accountable to that intention.

lately i’ve taken particular interest in reading posts, brief mantras, vision statements or supposed purposes. more than once i have found these to be askew of the organization and its reality. more than once i have found posts about listening and compassion, assertions about avoiding harsh words and falsehoods, pronouncements about lifting others up and statements about participating in generosity – lovely words but, often, empty words of hypocrisy.

so when we drove up to this small automotive shop in hays and they wanted to know, post-repair, if we were satisfied, i had great appreciation for them, for their dedication, their compassion, their service, their courage and their – yes – transparency. they are indeed participating in the mission of goodness. 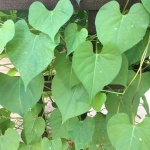 the ford dealer service department was swamped. the manager talked to us for a few minutes and then he pointed us onward – to a privately owned service center on the other end of town, the one to which he assured me he would send his mother (who he likes) or his sister.

we limped over there, middle-afternoon turning to later-afternoon, crossing fingers, and dallas and casey listened to us describe, naturally in purely automotively-correct-terms or maybe some jibberish with automotive sound effects, what was happening with our old truck. we told them our plight so they knew time was of the essence and we needed to be across their fine state and to denver by early thursday, the very next day.

a short diagnostic and dallas told us that a couple of the cylinders weren’t firing and that they were both on the same coil; he suspected that coil was the culprit. because hays, one of the few towns in that neck of the woods, is big enough to have a few auto part stores, they were able to get our new coil and install it right away. dallas said we should give it a go on the highway, though he wished he were able to do a more overall diagnostic to determine if there were other problems.

a few hours after it all started, we were back on the road, with every appendage crossed. we held hands on the first hill we encountered, climbing elevation not far from the hays exit. i literally held my breath. big red was a champ on that hill. we cheered – aloud – and waited for the next one and the next.

the first couple hours post-coil-replacement went like that. waiting and then climbing and then breathing. and repeat. big red accelerated with no problems across the rest of kansas, through a weather front with 50mph winds into colorado and in front of a threatening thunderstorm from the south. a few challenges today in roadtripland.

and so, though i would have suspected that this post would have been about something different because of the prompting photograph we had chosen, i have found that it actually prompted me to write that the people we encountered today in kansas had heart. i – no, we – really appreciated it. ever so much.

and so did big red.