though the alpaca is considered to be a docile creature, it can get spitting mad. i suspect that if one were to flip “look, i get it” over to an alpaca, it could get a rise out of the lanky, fuzzy one. intelligent and observant, alpacas are known for their quiet. their nonverbal behaviors and the sounds they make belie what could be thought of as non-emotive. on the contrary, they communicate their concern and stress, affection and indignation. linda’s alpaca are a tiny herd among themselves and are magical to watch. i did not toss “look, i get it” over to any of them, knowing it would insult their intelligence and likely make them a bit snarly, as really anyone to whom that is tossed – in any way other than joshing around – should likely feel.

“look, i get it” is just like the expression “i’m sorry you feel that way”. neither is true empathy. both are dismissive. the quickest way to damage a relationship is to wing “look, i get it” over just as someone is telling you something deeply important. or, in a leadership position – let’s just saaaaaay – to flippantly respond “i’m sorry you feel that way” to an employee who has clearly been wronged by some circumstance(s) or policy-thwart. in their succinctly powerful way, inc. magazine has come through again in an article written by jason aten. he states when you say “i’m sorry you feel that way” (or “we apologize for any insensitivity” or any other variation on the theme) you are “trying to absolve yourself of any kind of responsibility or fault for whatever went wrong.” he adds that the (respectful, compassionate, mission-driven) company instead say, “i am really sorry that we didn’t live up to our promise. i know that is so frustrating. here’s what i’m going to do to try and make it right.” mmhmm. my personal experience would suggest that doesn’t always happen.

and “look, i get it”??? bill murphy, jr. in another inc. magazine column calls it a sign of “low emotional intelligence”. i would have to concur. just because they are words – individually and as a sentence: look, i, get and it – doesn’t mean they should come out of one’s mouth at a moment of import. there are a hundred ways to say everything we are trying to say. and sometimes – and we are all guilty of this, including me – we need to take a moment or two before the sentence hits the talk bubble outside our lips.

perhaps this is why alpaca are considered so intelligent. they are quiet, discerning critters who are affectionate and gentle but don’t spew emotionally-disconnected blather.

with a peace sign dangling around her neck and a bandana wrapping her hair, andrea would stress how important it was to choose our words wisely, to weigh those choices carefully, to take time, to be thoughtful. she was the.most.amazing. english teacher. her words still echo in my mind and there are so many moments that i wish i could sit with her, have coffee with her, ponder life with her. that she is on some other plane of existence for a few years now is too much, too soon, and too late for me. john glenn high school was fortunate to have her and those of us who sat in the chairs in her classroom were gifted with a spirit that generously still swirls around me and i’m sure many others. it’s where i’m from.

“watch what you say,” momma would tell me. “you can’t take it back.” yes, once those words are out there, they are out there. no one can erase them and the damage or good they do is a part of the universe-story. my sweet momma adored words. in her later years, sometimes we’d have to have a chuckle as the wrong word would surface and the right word would stay in that moat i always profess is surrounding our synapses. we would search for the right word while swimming in the wrong one, but we’d eventually get there. her words echo in my heart. it’s where i’m from.

now, i have to say that there are many among us – i’m sure myself included – who are not choosing our words wisely, who are not consistently watching what we say. and in these times, in every single arena, that matters.

this morning we read an article about the terrifying january 6 insurrection at the united states capitol: “some of you have recognized that this was such an egregious incident that you have turned in your own friends and family members,” the assistant director in charge of the FBI’s washington dc field office stated. an appropriate use of the word “egregious”.

from dictionary.com: egregious: extraordinary in some bad way, glaring, flagrant.

according to legaldictionary.net: “in a legal context, the term egregious refers to actions or behaviors that are staggeringly bad, or obviously wrong, beyond any reasonable degree.”

now there’s a word. “egregious.” one would think that the divvying out of such a word would be with great forethought, with a deference to reality and the measure of truth, with reserve and adherence to its definition, without exuberant overuse. yet in these times it is appearing in more than just cameo roles.

the washington post had an article titled, “the egregious gaslighting around trump’s handling of the pandemic” (philip bump). an appropriate use of the word “egregious”.

hillary clinton has been quoted saying that impeachment was placed in the constitution in the event that there would be “a leader whose behavior would be so egregious, so threatening to the republic, that there had to be a remedy.” yet another appropriate use of the word “egregious”.

i have used the word “egregious” twice in my own blogpost-writing. once was in my post “indecency keeps getting rewarded” and the other time was in my post “what moms (i) want“. both times i weighed this word, tossing it around in my brain, checking its definition, making certain it was the right word. because – that’s where i’m from. i could hear andrea and my sweet momma cautioning me, “once it’s out there, it’s out there.”

because these times are really not at all ordinary, we are seeing the use of strong adjectives, heavy-hitting adverbs. we are reading and hearing people-who-are-trying-to-make-a-point wax poetic or spew rhetoric, both. we grant them an audience as we read, as we listen – ourselves. it is up to us to decide if the words that they choose are appropriate, wreaking an equal action or reaction, if they are exaggerated, wreaking panic, if they are scandalous, wreaking havoc, if they are slanderous, wreaking destruction. we are responsible persons – capable of question-asking, fact-checking, stepping back from drama and observing through eyes of truth-telling.

i guess it all depends on where we’re from.

incidentally, the archaic definition of egregious is: remarkably good. 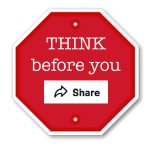 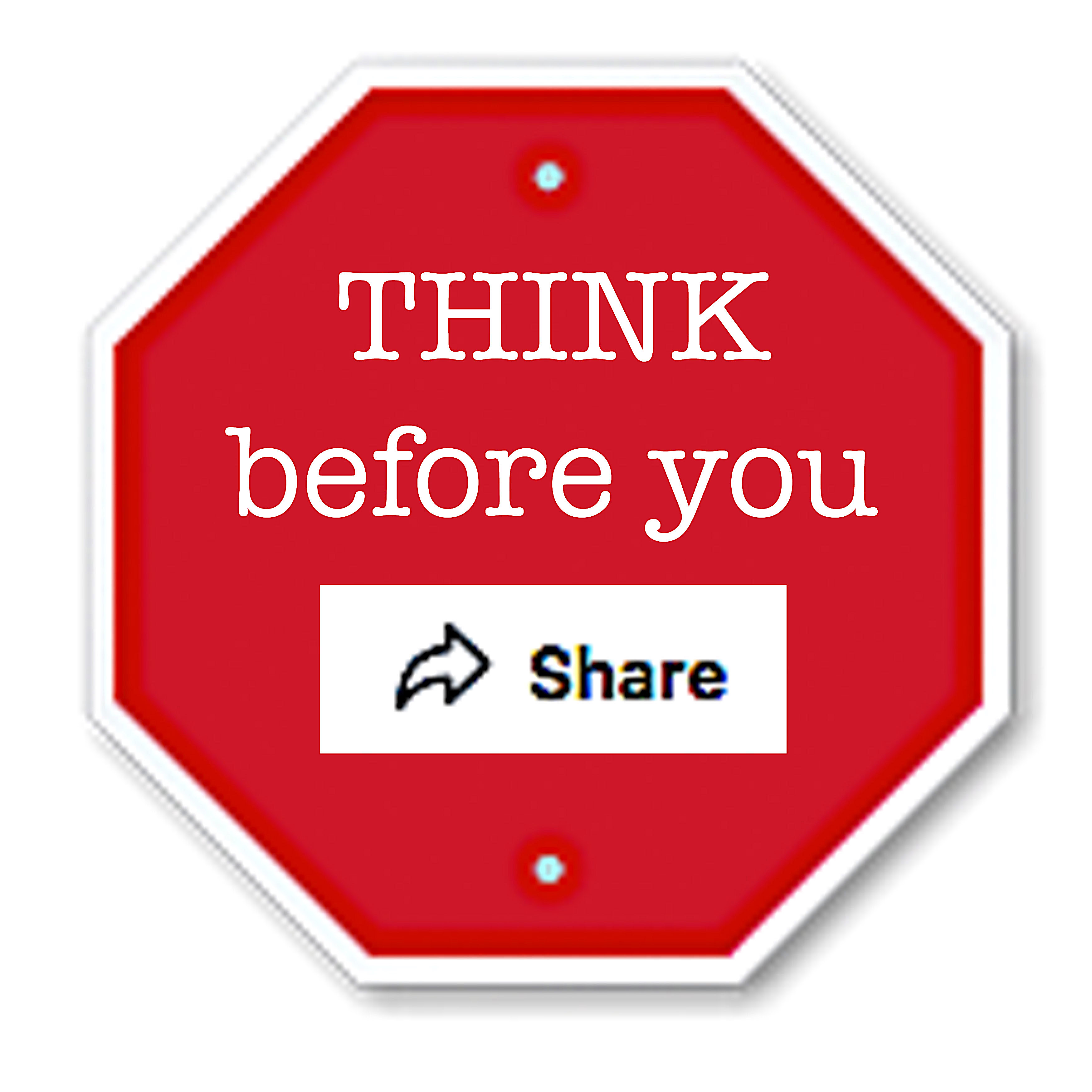 SOME IDIOMS TO CONSIDER:

it cuts both ways.

he said, she said.

the power of words.

heard it through the grapevine.

a little learning is a dangerous thing.

have your head in the clouds.

go on a wild goose chase.

can’t see the forest for the trees.

get out of hand.

jump on the bandwagon.

go down in flames.

an ounce of prevention is worth a pound of cure.

a penny for your thoughts.

it doesn’t hurt to ask.

the fact of the matter.

through thick and thin.

don’t throw the baby out with the bathwater.

call off the dogs.

blow the lid off.

know which way the wind is blowing.

straight from the horse’s mouth.

a stitch in time saves nine.

look before you leap.

do unto others as you would have them do unto you.

love makes the world go round. 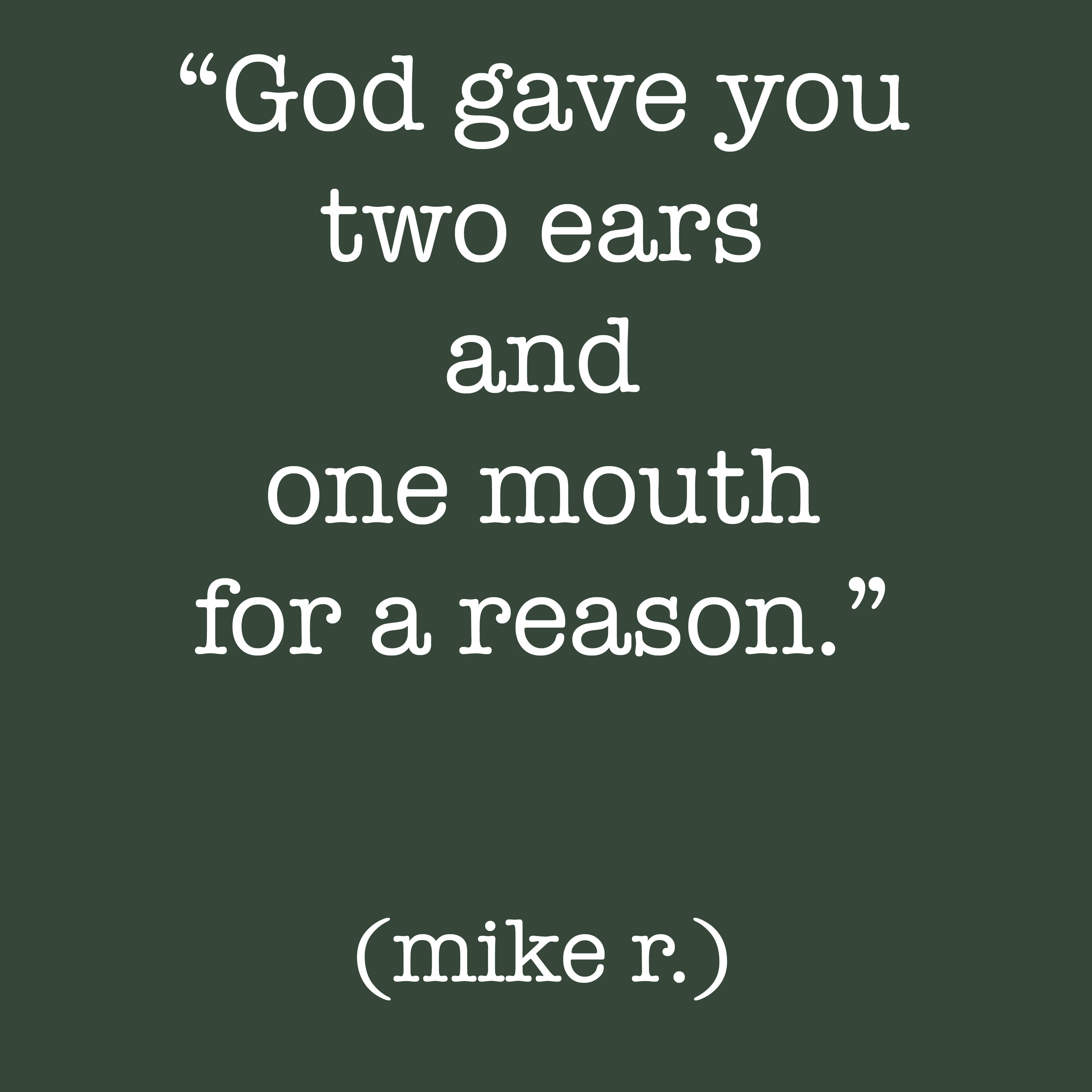 i suspect that my sweet momma and mike would be friends. just this quote alone would qualify him.

in today’s outspoken world, this is not so easy. the love of candor seems to supercede the love of respect. one-up-ness rises above humility. but-listen-to-what-happened-to-me out-volumes quietly listening what happened to you. complaining-in-public tantrums over mature restraint. bullying pushes back compassion.   kindness is lost in angry, impatient words. helpful advice goes the way of competition and judgment. condemnation is mute consolation.   louder seems to be the way of the land, the horizon punctuated by harsh decibels of bitter noise. less quiet. more frenzy. less listening. more clamoring.

“God gave you two ears and one mouth for a reason,” mike said. in heaven, my sweet momma was nodding, a smile on her face.

my sweet momma used to tell me if i couldn’t think of anything good to say, not to say anything at all.  my dear friend linda taught me that if i couldn’t think of a worthy response to, let’s say, situation/thing x, to say instead, “now THAT’S a situation/thing x!!”  both are generous people who have abided by the golden rule and have remembered that they are indeed messengers, anywhere they are.

i recently overheard someone demeaning their workplace.  the message was clear and their words of disregard served only to discredit the person speaking.  a-messenger-wherever-we-go is a responsibility, sometimes a true test of our maturity.  we need be careful.   my sweet momma would say, “think before you speak!”  i would add – not only because you could be overheard, but because it is the right thing to do.

we are all guilty.  but we keep trying.

and the wily old story fox told the pack, “words are like magic, misused they are tragic…”   (Lucy & The Waterfox – by David Robinson)

and the wily old story fox told the pack, “words are like magic, misused they are tragic…”

LUCY & THE WATERFOX, a beautifully illustrated story for children and grown-ups about believing, following your own path and the power of words.

click on the book above or here to purchase the book LUCY & THE WATERFOX on amazon.com